Legal Gambling alone has a major impact on the economy. It was estimated in 2009 alone, the gambling economy totaled a whopping 335 billion dollars. In 2015, the Las Vegas strip alone took in 6.4 billion Dollars in gambling. There are gambling references and scenes in many major motion pictures and people flock to gambling establishments for vacations and holidays. 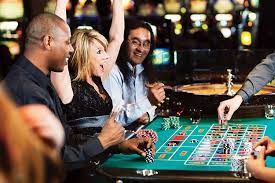 Gambling’s projected revenue per year is $335 billion dollars. There are many casinos around the world. The projected revenue is a staggering amount considering that there are no items being produced in this industry. This combined with the accompanying food, drinks, hotel stays, music and rental cars creates a sizable economy around gambling. However, the world’s most renounced casino, will have to be the Monte Carlo casino in Monaco. It was featured in a number of James Bond movies.

Gambling also changed South Africa’s economy forever.  South Africa has an unusual evolution in gambling. Until 1990, most forms of gambling were illegal. During the 90’s the country decided that significant revenue can be generated from legalizing gambling. It was legalized eventually. With the advent of online gambling, regulations are always taking place. But in South Africa, citizens must forfeit winnings from International websites to the National gambling regulator.